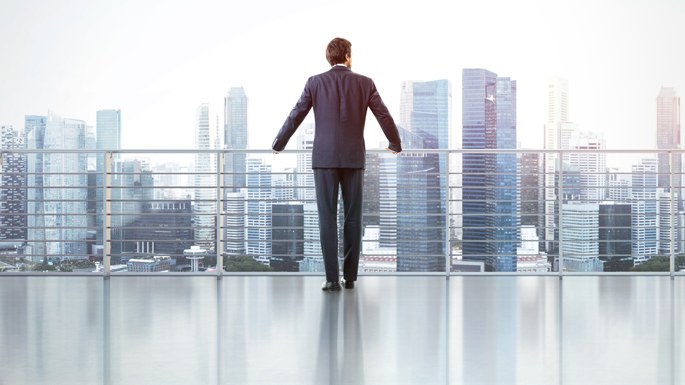 In September 2013, shortly after its creation, Kartesia approved an investment in HMY’s LBO senior debt. With total sales of over 400€ million in 2013, this company headquartered in France is amongst the leaders in shelving equipment, checkout counters and point-of-purchase material. HMY provides its clients with worldwide services ranging from, conception and design, to in-store installation.

In 2012 and 2013, HMY suffered from the European crisis that struck the retail sector, with multiple clients putting a stop to their expansion strategy and closing outlets. During this period, some of HMY’s historical lenders, especially CLOs, sought to divest their position in the senior debt. HMY’s debt is illiquid in the secondary debt market and the schedule of the operation was tight.

“HMY is a typical company that fits well in Kartesia’s investment scope: its sales are largely international, it relies on a strong client base and its productive tool has been optimized over the recent past,” explains Julien Rigon, the Investment Manager who reviewed the deal at Kartesia.

“Through our past experiences and network, Kartesia’s team was already familiar with HMY prior to this opportunity arising. Within a few days, we were able to provide sellers with a competitive price” he adds.

Kartesia repeated this scenario of small sized investment that demand reactivity, three times within less than a year.

Based in Kartesia’s London offices, Julien joined Kartesia in 2013. His international background, having studied and lived in France, Singapore and the United States, coupled with his analytical skills developed while working within BNP Paribas’ leverage finance group, made him a natural asset for Kartesia’s investment team. Julien enjoys the daily challenges he faces at Kartesia.

Given the lean nature of our organization, Investment Managers work in close tie with Partners on each single transaction. We feel equally committed to analysing the company in depth prior to investing, and to monitoring it closely, once we make the deal.

The HMY operation required reactivity. Kartesia only had a couple a days to give the sellers an answer. This was not an issue, as Julien pointed out, “we knew the company well and our decision processes are lean.”

To build this competitive advantage, Kartesia’s investment team engages in significant upstream work to identify and review companies in which Kartesia could potentially invest. “We discuss the deal pipeline as often as needed, so that when an opportunity occurs, we can immediately leverage on existing business intelligence,” said Julien.

This strategic watch has a lot to do with Kartesia’s team’s DNA. “Our four partners are virtually personally connected to most if not all European LBO actors: investment funds, consultants, M&A boutiques and legal advisors. On the small and lower mid-cap secondary market, we usually talk directly to the borrowers. We are aware that intuitu personae is a key ingredient of our job,” remarked Julien.

In May 2014, Kartesia was approached by Ergon Capital, who was at the time granted exclusivity by seller EQT Expansion Capital for the potential acquisition of the German leisure restaurant chain Sausalitos. Ergon Capital needed to make a fully financed offer within a month and banks were not able to meet such a challenging deadline. Ergon Capital thus requested a financial proposal to several debt funds active on the German market, including Kartesia.

“Our Due Diligence was very positive. The group outperformed the leisure gastronomy market with sales CAGR of over 10% between 2009 and 2012. Sausalitos’ blended concept of bars and restaurants is very popular among students” tells Thomas Pöhler, the Investment Manager who reviewed the deal at Kartesia.

Thomas was impressed by the operational improvements conducted by the management team headed by Thomas Berger, CEO of Sausalitos, previously in charge of Burger King’s operations in 10 European countries, and Gunilla Hirschberger, COO & co-founder. They were lucid enough to stop Sausalitos’ network expansion for 3 years in order to strengthen the team and to implement state-of-the-art controlling system. They also initiated a digital loyalty program which helps them to get to know their customers better.

“After having met the management team several times, we know that when something is wrong, Thomas and Gunilla are able to assess the situation bottom up very rapidly in order to solve issues quickly. Knowing that operations were fully under control, we felt naturally comfortable with their ambitious plan to double Sausalitos’ network by 2019,” describes Thomas.

From Kartesia’s London offices, Thomas Pöhler addresses the German LBO markets (DACH) and CEE. After seven years, within the Leverage Finance origination team and the Portfolio Management Team of Commerzbank, he opted for a smaller organisation.

In a fund, you approach things in a more flexible manner. That makes funds’ financing solutions particularly relevant in constrained situations, where creativity and reactivity are needed. We like complexity.

“The timeline of the deal was tight, which is one of the reasons why Ergon Capital came to us. We could deliver a commitment letter and a term sheet and actually nail down the deal despite the competition intensity,” explained Thomas.

To provide Sausalitos with a financing that would also include a capex line for the opening of new restaurants, Kartesia crafted an innovative solution.

“With our legal advisors Linklaters, we were able to replicate the economics of a Capex facility for Sausalitos, as usually provided by a bank. We do this in the form of bonds, which can be issued over a period of three years in several issuances” specified Thomas Pöhler, Investment Manager at Kartesia. He added that the law firm informed him that deal shall be presented as deal of the month in the renowned Butterworths Journal of International Banking and Financial Law in December 2014.

As, Thomas Pöhler, Investment Manager at Kartesia recalls: “EDS is the typical illiquid asset that no other competitor would consider acquiring. Since we are agnostic, we considered the disposal of a key lender’s stake into the senior debt of EDS as a potentially very attractive situation”. Fortunately, Kartesia’s team was familiar with the printing company, amongst the leaders in Central and Eastern Europe markets. They already knew of the difficulties EDS went through after the financial crisis of 2009.

Indeed, with their previous generation of funds – Altercap - being part of the equity pool after the 2012 financial restructuring, Kartesia’s Managing Partner, Jaime Prieto, who was actively involved in EDS’ negotiations at that time, and Thomas Pöhler had access to exclusive insights into the company’s DNA. The duo supports the management in its consolidation strategy in Hungary and Romania and in its effort to extend EDS’ offers to include higher-margin products in developed countries.

“The entry point of the investment is very attractive because of EDS’ relative lack of visibility among the leverage loan community,” explained Thomas. “Kartesia’s position is very well protected and the investment poses some considerable upsides, even in a tough market environment,” Jaime added.

Hailing from Spain, Jaime Prieto obtained a Master in Business Administration from Wharton’s School of Business. He then went on to co-found Kartesia with his two fellow-partners from the Altercap funds at LBO France, Laurent Bouvier and Matthieu Delamaire and Damien Scaillierez, with whom he had extensively worked with at Intermediate Capital Group.

Why launching Kartesia while being successful with our Altercap funds?

Our two generations of Altercap funds validated both our successful investment strategy in the European leverage loan space as well as the solidity of our partnership with Laurent and Matthieu. We proved that we had the skills to build a new independent platform to address the opportunities of the small and lower mid-cap segment. Despite market consensus, liquidity and creativity towards small and lower mid-cap European companies remains scarce. Most of them are eager to work with new debt providers capable of partnering with them throughout the cycles.

This is what the team did with EDS. They provided the firm with the financing and liquidity that it needed to reinforce its competitive advantages on a difficult market environment.

“Dedication. The downturn in 2009 and subsequently in 2011 required an intimate analysis of the situation, a complex restructuring of its balance sheet, attracting and bringing on board a new management team, in addition to bringing in additional liquidity. All of which require time, dedication and seeing the trees through the forest” explained Jaime.

“The fruits of that dedication allowed the new management team to truly focus on operational issues, which will be the real success factor at EDS. Looking back, the work is worthwhile,” specified Thomas. “Thanks to our direct access to the management, we now have a close monitoring of the situation” he concluded.