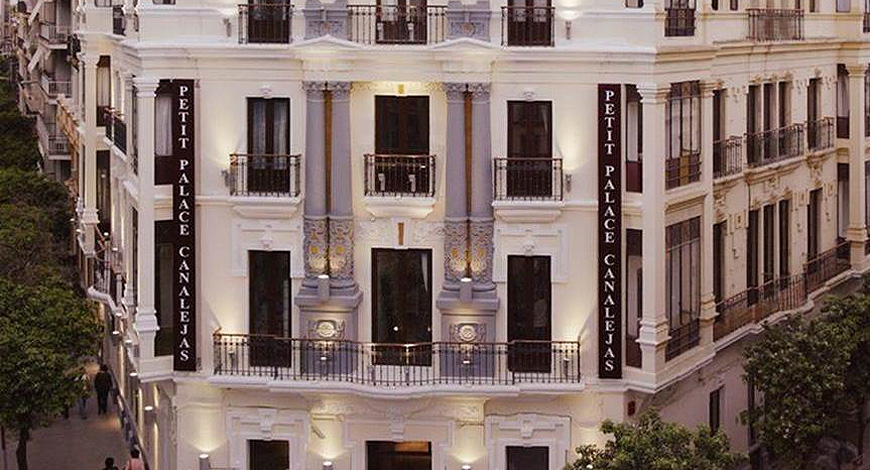 Kartesia changed the destiny of High Tech Hotels by supporting the minority shareholders to take over the Spanish hotel operator, aligning the interests of all stakeholders for the next growth phase. Jaime Prieto, Managing Partner, and Tomás Neuhaus, Investment Manager, explain the steps and implications of this new scenario

The company was founded in 2000 and rapidly backed-up by a venture capital investor first, who passed the torch in 2003 to a private equity fund that accompanied the high growth mainly funded by short term bank financing. In 2008, the abrupt collapse of equity markets prevented the IPO of the company, but instead a group of 3 family offices entered into the deal.

High Tech Hotels is the leading operator in Madrid by number of locations (20 hotels), but is also present in other mainstream destinations such as Barcelona, Seville, Valencia, Bilbao and Malaga.

The portfolio comprises 31 hotels in prime locations with an average size of 70 rooms. The original business model required substantial initial investments since the company committed to fully refurbish each building in exchange for a long-term rental agreement, in some cases up to 55 years.

The main assets of the company are all intangibles: its long-term rental contracts, the strong brand recognition and the exceptional operational know-how. Consequently, the value of the company is directly linked to its ability to generate Ebitda and positive cash flows. In addition, the fixed cost nature of the business model provides for a high operational leverage, resulting in a rather volatile financial performance.

Economic crisis and exit of the banks

The W shape of the Spanish economy, with 2 lows in 2009 and 2013, forced the company to extend maturities in 2009 converting short term construction financing into long term bank loans, and restructure the debt in 2014, including the conversion of one third of the debt into equity-like instruments.

“When we started to analyse the credit in 2013, we found all the actors around the table very tired, the sponsor and the 6 banks”, says Tomás Neuhaus. He adds: “immediately after the signing of the 2014 debt restructuring, Kartesia offered an exit route to the banks and 18 months later Kartesia controlled c. 75% of the debt”.

The team rapidly identified a significant upside potential in High Tech Hotels. After 6 years of economic crisis, the hotels were not in the best shape, lacking basic maintenance investments due to the limitations imposed by the banks. “We recognised an opportunity. Being able to improve your asset base by refurbishing the hotel portfolio prior to your competition would have allowed High Tech Hotels to be the frontrunner to benefit from the market upward cycle”, Jaime explains. Kartesia started negotiations with the financial sponsor and the 3 family offices, aimed at structuring a new money injection that would create value for all stakeholders. “We encountered a misaligned shareholder base. The financial sponsor had exit pressure from investors and would not make any additional investment, nor let Kartesia do it”, Tomás states.

Kartesia’s role in the exit process

In early 2015 a new CEO was appointed. “Alfonso Castellano brought new business ideas, a completely different attitude and a new standard in operations”, pointed out Jaime, and adds: “he is an outstanding professional, highly respected in the industry and the engine driving this new project”.

Over the spring 2016, the financial sponsor conducted a competitive process to dispose its 52% stake in High Tech Hotels. Kartesia adopted a wait-and-see strategy since the change of control clause in the debt agreement secured a smooth exit.

In the final stage of the auction, when a binding offer from a global hospitality group was submitted and accepted by the financial sponsor, the remaining shareholders could choose to either (i) exercise a tag along right and exit alongside the majority shareholder, (ii) exercise a pre-emption right and become sole shareholder, or (iii) do nothing and remain in the company.

The 3 family offices believed in the potential of the business given the entry point in the economic cycle, the strong management team and the clear expansion opportunities. They communicated their will to pre-empt the transaction to Kartesia: “We got along with Cristian Andersen and the rest of the family offices from the very beginning, we have a common view of the company and were ready to support them to acquire the company and jointly maximise value in 3-4 years’ time”, clarifies Jaime.

The deal was structure as a convertible loan at the level of Hoteles Tecnológicos, an entity owned by the 3 family offices that that operates the newest hotels under the Petit Palace brand. In total, Kartesia has committed €90m to support the company’s growth.

“Alfonso Castellano and his team have identified a variety of growth strategies, some of which do not entail additional investments, such as expanding into the resort segment hand on hand with financiers that own the hotels, offering management or commercial services to hotels operated by individuals, apartments or hostels, and entering into turn-key rental contracts that do not require renovation works”, Tomás explains, “the business model of High Tech Hotels is changing, and we believe the company has now the right team and the right capital structure to generate value for all stakeholders”.