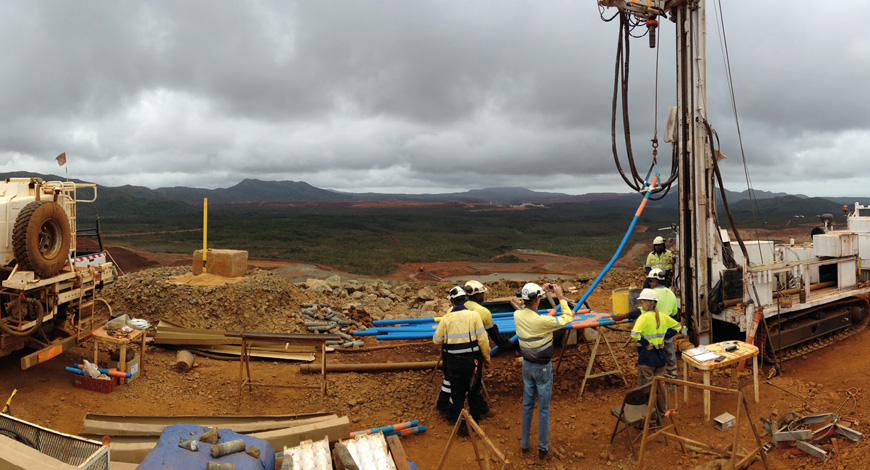 Laying Foraco’s foundations for the future

Foraco International is a leading global mineral drilling services company that provides a comprehensive and reliable service offering in mining and water projects. Supported by its founding values of integrity, innovation and involvement, Foraco has grown into the world’s third-largest global drilling firm, with a presence in 22 countries across five continents.

At the helm of this global drilling heavyweight are CEO Daniel Simoncini and Director and Executive Officer and CFO Jean-Pierre Charmensat. “Foraco is known for its customer-oriented service: we want to forge long-term relationships”, says Daniel. This loyalty-building strategy is in keeping with Foraco’s core value of integrity and has helped to smooth revenues in a highly cyclical sector.

Miners slashed exploration budgets after mineral prices started heading south in 2012. This led to significant overcapacity in the supply of drilling services, which hit drillers’ income and profitability hard. Foraco was not spared. “The drilling sector is only now recovering from the five-year recession”, explains Jean-Pierre, who says that companies in the sector must take on three challenges: restore balance sheets, rebuild labour forces in an industry that shed thousands of jobs during the recession, and regain commercial visibility. “We are doing all of these things, while also expanding in Latin America.” Whereas most competitors scaled back their geographical coverage during the recession, Foraco maintained its international presence to be quicker off the blocks when the upturn came.

To restore liquidity and renew its capital expenditures, the company started looking for additional sources of funding at the end of 2016.

Reaching a consensus with eight lenders

Kartesia had known Foraco for a year when they successfully co-led the reorganisation of the company’s debt. “Foraco was faced with a pool of eight original lenders with varying goals, not all of which were aligned with the company’s objectives”, explains Jean Diercxens, Investment Manager at Kartesia. While all the lenders were in agreement about Foraco’s potential, they had no plans to inject the necessary funds. Restructuring therefore entailed negotiating with eight different banks, each with its own legal documentation, in several jurisdictions. The legal counsels representing the various parties acted pragmatically and managed to finalise the complex transaction in a short timeframe. Kartesia was advised by De Pardieu Brocas Maffei and Orrick Rambaud Martel.

“It took a lot of perseverance to reach a deal, considering the number of parties involved and the long lead time to conclusion”, says Damien Scaillierez, Managing Partner in charge of the transaction at Kartesia.

The deal resulted in a new money injection of €23 million in the form of secured bonds with a five-year term, €18 million of which was immediately available at closing. In addition, the maturities of most of the company’s existing long-term loans were converted into subordinated five-year bonds worth €81.5 million held by Kartesia and other investors. Banks continue to support Foraco by providing €12.7 million in guarantee lines.

“Kartesia’s ability to perform primary and secondary transactions was key to the success of the negotiations”, Jean concludes.

Kartesia, a financial partner with a business vision

“The people at Kartesia are easy to work with. They are not purely focused on finance – we sensed they had a genuine feel for the company. They are true professionals with real business vision”, comments Daniel. Before investing, Kartesia’s investment team interviewed local managers of Canada, Brazil, Australia and Russia. “We came away with very positive impression of the team and felt that we shared management’s vision”, says Jean.

Foraco is now well equipped to make the most of the mining market’s imminent recovery.

View our latest newsletters and reports.

We have over 25 years of experience